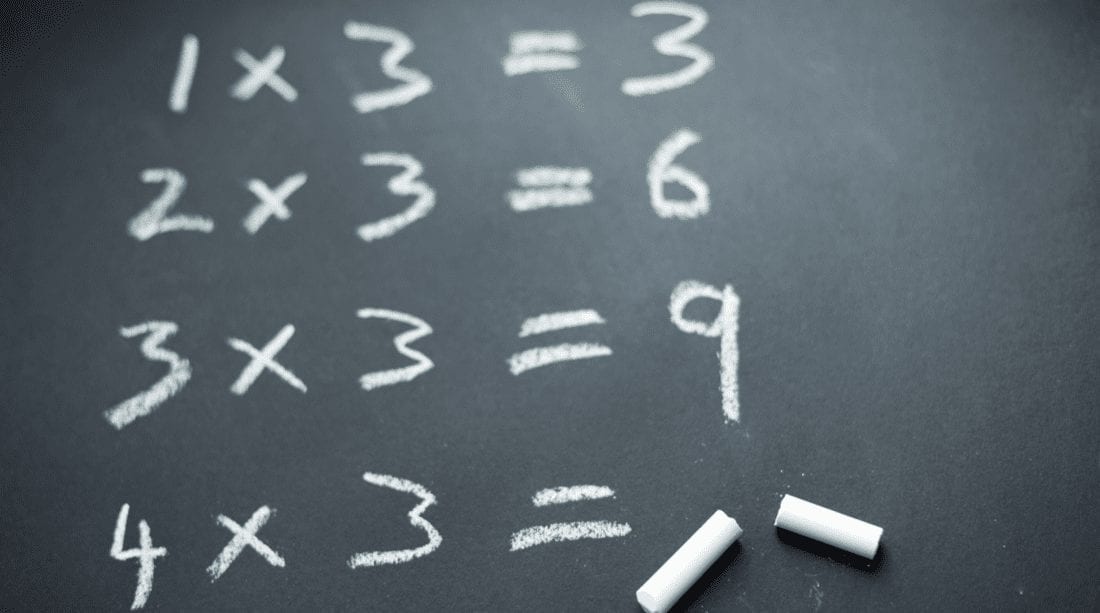 Let’s take a circle C of radius R centered at O:(0,0). Take an arbitrary number of points M from 0 to M-1, fairly distributed on the circle C. The alpha angle between each point from the center O is

where N is the multiplied number, T is the table number, R the result and a modulo M. The principle is simple: to represent this multiplication graphically, we have to draw a line between the points N and R % M.

For example, let’s start by the multiplication table of 2 module 10.

Here we go, we can see the final representation of the multiplication table of 2 modulo 10 with the following animation.

By definition a configuration is the inputs with the tables and the modulos which have to be sequentially computed and graphically represented. By convention:

For example if we want to visualize the simple previous illustration: (T:2, M:10):

Then we have a system of configuration to have the proper inputs, let’s take a look on the program which will draw the graphical representation of theses configurations.

Firstly we have to parse the JSON configuration. In Golang, it is really simple with the package encoding/json. You just have to map a Golang structure with the JSON structure.

To get the configuration, you just have to read a file and unmarshal the content into an instantiation of this structure.

Next step is to process the coordinates of the points and draw the lines into the circle. A little mathematical reminder can be useful here. As we mentioned above, with a modulo M, we have M points fairly distributed. So the angle between each line is

. In classical trigonometry, the origin point is on the xAxis at coordinates (X:1,Y:0) but in our case we want this point at (X:0,Y:1) so we do an anticlockwise rotation of

, this is why x is calculated with the sine and y with the cosine.

If N is the nth point of the circle then:

We are able to get the coordinates of a point, we have to draw the line between 2 points (x1:N) and (x2:R) from the multiplication

To end, we have to loop on each frame of a configuration (pseudo code below, full code available here):

Let’s play with the program to see the hidden face of the multiplication tables ! A lot of predefined configurations are available. The following command is an example on how to run the program (reminder: github repository).

WOW ! It is fascinating to see with a simple rule, as the multiplication table, that we can produce such optical illusions. For the time being, we only represented some static configurations, by static I mean 1 table, 1 modulo and 1 frame. Let’s take a look at some simple beautiful configurations with multiples frames.

This first configuration shows the multiplication tables from 2 to 9 with 300 points (modulo 300) and a step of 0.1. The time-lapse is set to 40 millisecond between each frame.

Surprise ! We have N-1 flower petals for the table of N.

This second configuration shows the multiplication table of 2 from 10 to 100 points with a step of 0.1. The time-lapse is set to 1 millisecond between each frame.

Look that ! The curves appear from nowhere !

To conclude, my favorite configuration, one of the multiplication table that I’m considerate as the most beautiful and complex optical illusion ! It is the table of 366 to 375 with a step of 0.01 and a module 855.

Isn’t it beautiful and magical to see this complexity coming from the simplicity of multiplication tables?

I hope you will play with the program to discover new configurations and share with me the bests you find !

If you have loved this post, you may be loved the pi computation algorithms.